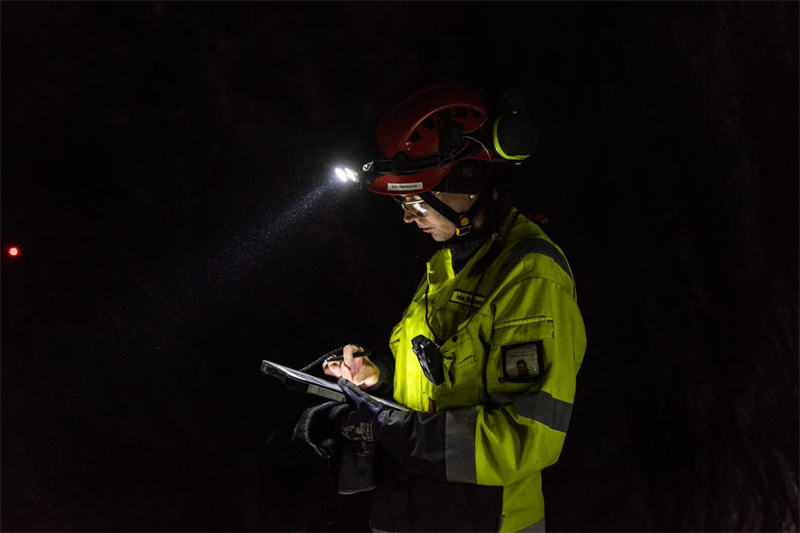 HIGHLIGHTS OF THE SECOND QUARTER 2020

I started as the CEO of the company just two days before the second quarter ended. I feel very proud and humble in the front of this opportunity and look forward to work with the owners, colleagues and other stakeholders for the success and sustainability of Sotkamo Silver.

The fall of the metal prices in March and the ensuing downturn impacted to our invoicing rates during Q2 and final invoicing prices of earlier concentrate deliveries. This double hit is seen in our top and bottom lines.

However, we successfully continued the streamlining of our operations to improve our productivity and to optimise our processes to reduce the operative costs per mill feed ton. I thank the operations team of the company for the significant progress we have made during the first half of the year. This work creates a solid foundation and will help to deliver results in the future. During the reporting period we have started the pilot testing of the ore sorter. This development project will potentially further improve our energy and material efficiency and enable lower production costs per produced metal unit in the future.

In addition to this, we completed the successful rights issue and received a strong supportive message from our shareholders and investors as the issue was oversubscribed.

Looking forward to Q3, silver and gold prices have continued to improve, and actually silver price has doubled since its lowest in March.

The last few months have shown the power of change and uncertainty but simultaneously also the opportunities which are rising. We have realized the possibilities of the new tools and ways of working which will make us more flexible and more competitive in the future. People have seen that despite of the exceptional times in the society, they have been able to do their best and contribute to the success. I believe that we’ll come out from the Covid-19 crisis more powerful, more resilient and more prepared to the challenges of the future.

Sotkamo Silver AB owns, directly and through its subsidiary Sotkamo Silver Oy, mineral deposits containing silver, gold, zinc, and lead. The Company's main project is the Silver Mine in Sotkamo where the production has been running since March 2019.

The economic impact of the Covid-19 epidemy hit the company in mid-March while most metal prices fell simultaneously with the stock market. Silver price started to recover in May and the positive trend seems to continue, especially in July after the reporting period. On monthly basis, gold price continued on its positive trend throughout the period. Lead reached its lowest in May, later than the others, while zinc price simultaneously started already to improve. Lower and volatile metal prices had an adverse effect on the company’s cash flow during the Q2. However, we have seen positive development in the stabilization of head grades and the reduction of the operative costs.

Net sales in Q2 was 67 MSEK (30). Other income of 6 MSEK (0) consists of estimated increase in final sales revenue for the period based on the positive metal price development. The final sales price for silver and gold is based on monthly average market price two months after the delivery, deducted by the customer’s smelter charges.

Investments in the underground mine, the concentrating plant, the sorter development and environmental investments amounted to 12 MSEK (30) in Q2 and 21 MSEK (118) in H1 2020.

The annual production guidance of 13 March 2020 remains unchanged. Accordingly, we expect to process 480 – 540 kt of ore. Correspondingly, the silver production in 2020 is forecasted to be 1.4 - 1.7 million ounces.

The reports are available on the Company webpage:
http://www.silver.fi/sivu/en/finansiella_rapporter/

The information was submitted for publication, through the agency of the contact persons set out above on 5 August 2020, at 8:45 CET. The official Stock Exchange Releases are given in Swedish and there may be differences in the translated versions. Should there be any differences, the Swedish version takes precedence.