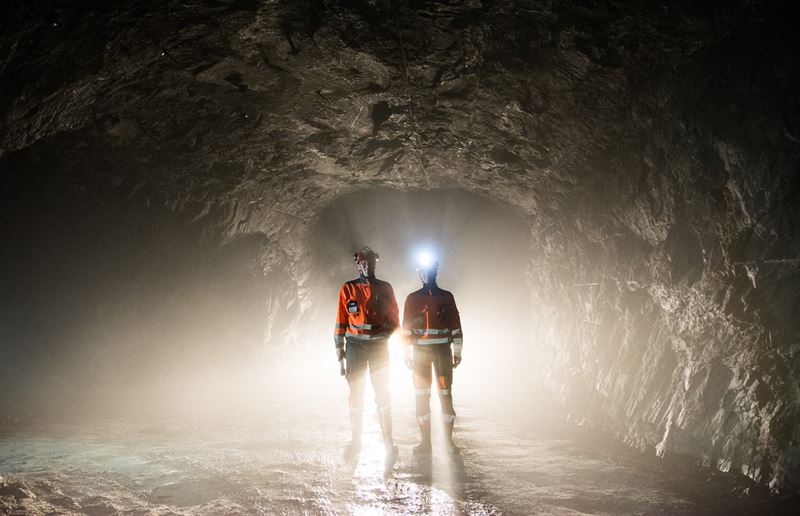 HIGHLIGHTS OF THE FOURTH QUARTER 2020

First, I want to express my sincere and humble thank to all employees of the Company and our contractors, “the Silver Miners”, for your efforts. You have worked diligently and showed admirable professionalism, and dedication to make the Silver Mine to what it is today. You can be proud of yourselves and the journey we have taken to today. This applies to the quarter in concern as well as the whole year 2020 and before. You are an amazing team.

When thinking back to Q4 2020 I realize how many significant milestones we achieved. Quite often in the stream of the days one just performs and notices the tasks completed but when you start to think the achievements, you notice that we really did quite a job. The preparations for the production at and around 240-level and below 300-level, start of the drilling as a part of the P700-project, acquiring of the Peura-aho and Hietaharju mining concessions from Boliden, preparation and roll-out of the revised strategy and the first live-stream in the history of the company and the new environmental permit just to mention a few.

All above, alone, and together, are major achievements and cornerstones for our future success. Simultaneously, we have maintained excellent performance in our operational reliability of our concentrating plant. The mill online time during Q4 was 94 % and silver recovery to our concentrates was 86 %. We have continued to have focus on streamlining of our processes and practices to enhance safety and usability.

The core drilling was started as a part of P700-project. Project will continue in 2021 and I look forward to work to increase the life of mine. Another significant development project, Ore Sorting, has progressed during. The results are in line with the expectations. However, ore sorting is still on the piloting phase and a lot of work is needed to make it operational.

We have been preparing the mine production in the deeper levels of the mine by drifting horizontal tunnels to follow the ore zones. This had an impact to mill head grades which were lower than in average in October and November but recovered in December to average level. Silver production of the reporting period was ca. 350 kilo-ounces. This sets to the low end of the range of 350-430 kilo-ounces which has been the variation during the last six quarters, i.e., ca. 390 kilo-ounces +/- 10% per quarter. Volatility of the head grades is high in a short period but evens well in quarterly or yearly period. Silver production of 1.58 million ounces is well within the production guidance for the full year which was 1.4 to 1.7 million ounces.

Lower metal production compared to the previous quarter and Q4/2019 and final price determination mechanism had an impact to our revenue which was 78 MSEK for the reporting period and totalled to 366 MSEK for the full year. Volatility of the production and especially the final pricing mechanism have strong impact to the revenue and financials of a single quarter while annual figures illustrate much better the performance of the company.

As year 2019 was the year of production start and ramp-up and year 2020 was the year of stabilization of the production, I look forward to 2021 to implement our revised strategy and to go ahead full steam both in daily operations as well as in the development projects. Being Responsible and being Local.

The Company operates the Silver Mine in Sotkamo, Finland. The production was started in March 2019 and the mine produces silver, gold, zinc, and lead in concentrates which are sold to a smelter. In addition, the Company holds mining and exploration rights to mineral deposits nearby current operations in Sotkamo region in Finland.

At the end of Q4, the Company relinquished its exploration permits in Norway. As a part of the implementation of revised strategy the Company acquired the mining rights of the Hietaharju and Peura-aho nickel-copper-platinum-palladium deposits from Boliden. The sale and transfer of the exploration licenses and permits to NewPeak Finland Oy and NewPeak Sweden Oy in Tampere and Bergslagen progressed during the period.

Net sales was 78 MSEK compared to the previous year 86 MSEK due to the lower silver grades in production. Preparations for the mine production in the deeper levels of the mine by drifting horizontal tunnels to follow the ore zones had an impact to mill head grades which were lower than in average in October and November but recovered in December to average level. In addition, the ore has natural variance in the grades.

Other income of 5 MSEK (0) includes +5 MSEK (0) estimated unrealised final sales price adjustment for the period. The final sales price for silver and gold is based on monthly average market price two months after the delivery, deducted by the customer’s smelter charges.

Investments in the underground mine and in the concentrating plant together with the sorter development and environmental investments amounted to 14 MSEK (8) in Q4 and 32 MSEK (153) in FY2020. P700 project’s exploration was also started in Q4 which costs are included in the investments of the period.

9 February 2021 Sotkamo Silver agreed with the convertible holder Formue Nord Markedsneutral A/S to amend the terms and conditions of the Company's outstanding convertibles 2019/2020 in the aggregate amount of SEK 15 million.  In connection with the agreement on the amendment of the terms and conditions, the convertible holder requested a conversion of all outstanding convertibles to shares. There will be 4 541 051 new shares and total number of shares will be 184 518 783 after the conversion and new shares registration process is completed.

Sotkamo Silver has also a convertible loan of 5.1 MEUR which is due September 2022. After the 15 MSEK convertible bond’s conversion and share registration process is completed, the updated conversion price for this 5.1 MEUR will be 0.3961 EUR per share due to increase in total number of shares.

This report has not been subject to a financial review by the company's auditors.

The reports are available at the Company webpage: www.silver.fi/en/investors

The information was submitted for publication, through the agency of the contact persons set out above on 17 February 2021, at 08:45 CET.

The official Stock Exchange Releases are given in Swedish and there may be differences in the translated versions. Should there be any differences, the Swedish version takes precedence.

The Company's press releases, and financial reports are distributed via Cision Sverige and are available on www.silver.fi