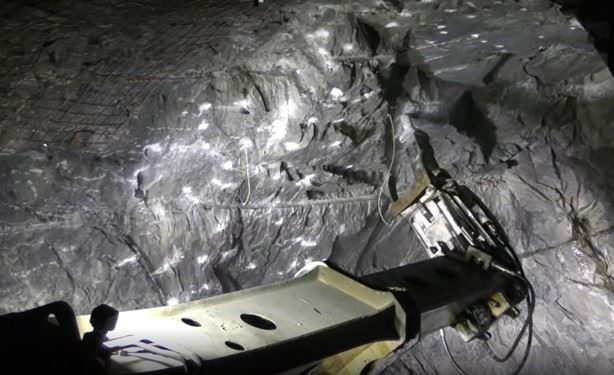 HIGHLIGHTS OF THE FIRST QUARTER 2020

At the end of the quarter Sotkamo Silver celebrates a year in production, but it has also been a quarter that has changed the world with the effects of COVID-19. Operationally Sotkamo Silver has not been influenced in the same way as many other industries. Our staff has so far stayed healthy and production and deliveries have been going on as planned. We processed 129,000 tonnes of ore and produced about 391,000 Oz of silver.

The silver price has however dropped from levels above 17 USD/ Oz to as low as 12 USD/Oz and at the end of the reporting period stabilizing around 15 USD /Oz, which directly effects our revenues. The market environment has been unstable, and it has become clear that the future is hard to predict.

Sotkamo Silver will continue the work that begun at the end of 2019; to optimize the production flows and seeking cost savings in order to be profitable in a world with volatile prices. We are on a positive EBITDA level but need to work harder to obtain a positive EBIT as well.

The rights issue initiated during the first quarter was a success and was oversubscribed once completed in May. The funds raised from the issue will be welcome as cash reserve in these unstable times and will give a foundation for prolonging the life of mine.

Sotkamo Silver AB owns, directly and through its subsidiary Sotkamo Silver Oy, mineral deposits containing silver, gold, zinc, and lead. The Company's main project is the Silver Mine in Sotkamo where the production has been running for one year.

The metal prices were fluctuating during Q1. Especially silver price was volatile, which affected the sales and profitability negatively. Price fluctuation decreased by the end of March. The high variance in the head grades and mining costs impacted also the company’s cash flows.

Sotkamo Silver has invested 9 MSEK (88) during Q1 2020 in the underground mine, the concentrating plant and the sorter development.

Financial income includes 27.7 MSEK intra-group loan valuations. It is a non-cash valuation item and has no cash flow impact.

The annual production guidance of 13 March 2020 remains unchanged. Accordingly, we expect to process 480 – 540 kt of ore. Correspondingly, the silver production in 2020 is forecasted to be 1.4 - 1.7 million ounces. The production target is conditional to receiving of an updated environmental permit.

The following main decisions were made at the AGM on 2 April 2020:

The AGM resolved to re-elect the auditing company PWC until the end of the AGM 2021, with Anna Rosendal as the head auditor for the time being.

The guidelines for remuneration for the management and the procedure for appointing the members of the nomination committee were approved in accordance with the proposals from the Board.

The AGM approved the nomination committee’s proposal for annual fees to the Board.

The AGM approved the Board’s resolution on 27 February 2020 to issue new shares with preferential rights for existing shareholders with the following main terms:

The AGM resolved, for the period until the next AGM, to authorize the Board, at one or several occasions, to issue new shares or other financial instruments. The authorization is limited to a maximum dilution of twenty (20) percent of the total number of shares outstanding at the time of the first Board resolution in accordance with the authorization.

15 April 2020 Sotkamo Silver and Formue Nord Markedsneutral A/S have, inter alia, agreed to postpone the maturity date of the loan and the period within which conversion can be made with one year. The new maturity date for the loan is 31 May 2021 and the new conversion period run from 1 May 2021 until 31 December 2021. As remuneration for prolonging the convertibles, Formue Nord Markedsneutral A/S receives a cash payment of 0.75 MSEK.

Allotment of shares subscribed for without the use of subscription rights has been made in accordance with the principles set out in the prospectus that has been prepared in connection with the Rights Issue and published by the company on 15 April 2020. Notice of allotment is provided through the distribution of a settlement note by mail to the respective subscriber. Allotted shares shall be paid for in accordance with the instructions on the settlement note. Only those who are allotted shares will be notified.

Trading in paid subscribed shares (Sw. BTA) will continue on NGM Equity (SOSI BT) and Nasdaq Helsinki (SOSI1N0120) until the Rights Issue has been registered with the Swedish Companies Registration Office (Sw. Bolagsverket), which is expected to take place in May 2020.

One (1) 2020/2021 warrant will be obtained for every four (4) shares subscribed and paid for through the new share issue with preferential right for existing shareholders, which means that the company will transfer 11,246,583 warrants.  The warrants are issued without consideration. The warrants will be delivered separately once the new share issue has been fully registered by the Swedish Companies Registration Office. The warrants will be transferred only to those who have subscribed for, paid for and received shares in the Rights Issue and thus not to those who have bought BTAs on the secondary market.

Sotkamo Silver intends to apply for listing of the 2020/2021 warrants on NGM Equity and Nasdaq Helsinki. The warrants are expected to commence trading in mid-June 2020.

The reports are available on the Company webpage: http://www.silver.fi/sivu/en/finansiella_rapporter/

The financial information in this press release has not been reviewed by Sotkamo Silver's auditors.

The information was submitted for publication, through the agency of the contact persons set out above on 29 May 2020, at 9.45 CET. The official Stock Exchange Releases are given in Swedish and there may be differences in the translated versions. Should there be any differences, the Swedish version takes precedence.