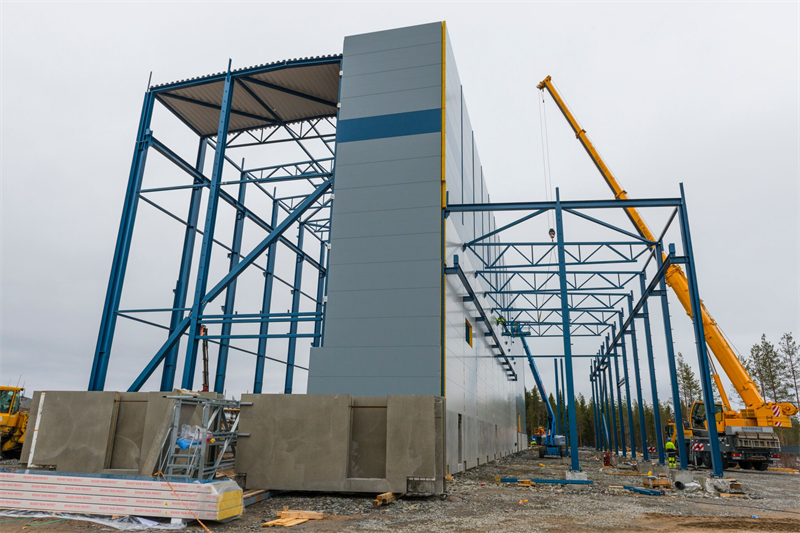 Construction of the concentration plant

The most significant event of the first quarter was the completion of the Group’s funding for the Silver Mine project. After having secured the funding package (worth € 46 million), the construction will continue with a strong cash position according to the schedule.

We will continue the earthworks, started already last year, for the concentrator plant and its surroundings and the tailings storage area. Topping off ceremonies will take place at the end of June, and the production building will be completed in August. After that, the installation of processing equipment and machinery will be commenced.

The removal and relocation of the Blaiken plant's equipment and machinery are under way. At the beginning of this year, we reached an agreement with Outotec (Finland) Oy on the delivery of the mill circuit for the Silver Mine in Sotkamo. According to the agreement, the two mills of the mill circuit will be delivered in autumn 2018. The nominal capacity of the mills is 450,000 tonnes of ore per year.

Sotkamo Silver has updated the organization in the Silver Mine project and in the Group. I am convinced that our construction and mining team with their broad experience will lead the project towards a successful production phase. We have conducted an environmental impact assessment procedure for increased production capacity in cooperation with the residents and stakeholders of the impacted area. The process is in its final phase and we expect to receive the authority's final comments by July this year. In this autumn, we will submit an environmental permit application for increased production capacity.

The income statement items in this report as well as their comparatives, cover the period January – March, unless stated otherwise. The balance sheet items refer to the respective period end both for the current year and last year.

Sotkamo Silver will provide economic information on the following dates:

This information is information that Sotkamo Silver AB is obliged to make public pursuant to the EU Market Abuse Regulation. The information was submitted for publication, through the agency of the contact persons set out above, on 10thMay 2018, at 8.45 CET.

The official Stock Exchange Releases are given in Swedish, and there may be differences in the translated versions.

Legal Entity Identifier (LEI): 213800R2TQW1OZGYDX93
The ticker symbol is SOSI in NGM Equity in Stockholm and SOSI1 in NASDAQ Helsinki.